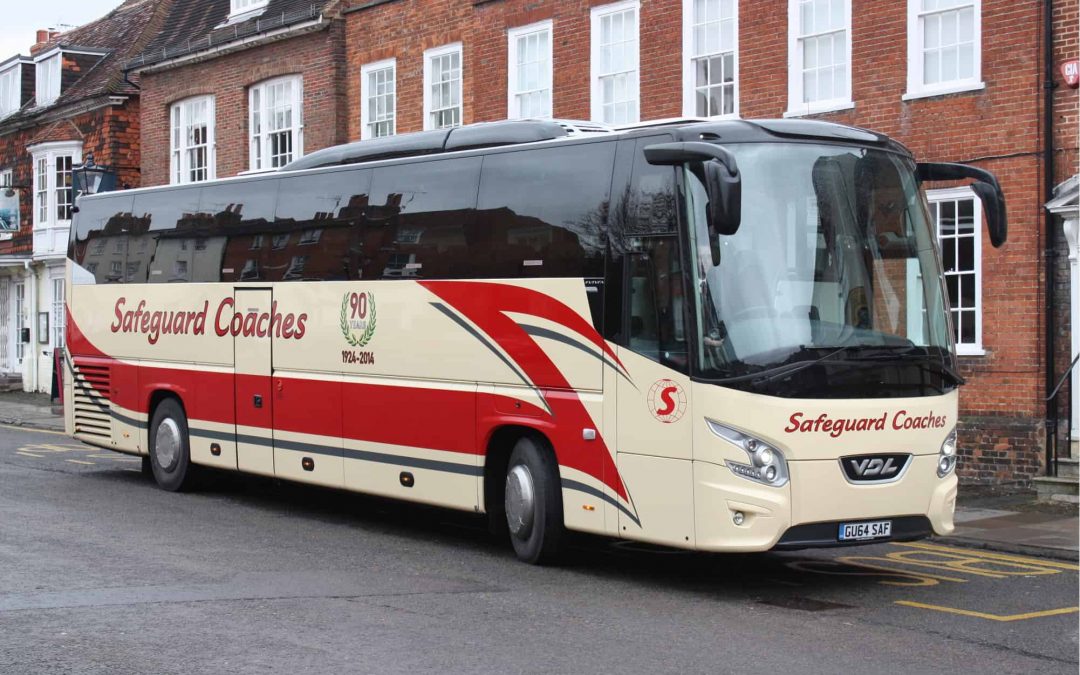 Our two Futura 2 coaches have been in service since late 2014, after being expertly custom built to Safeguard Coaches’ specification by the manufacturer,  VDL.

The eminent public transport news and reviews website, RouteOne recently test drove one of our VDL Futura coaches to provide an independent review for other potential Futura 2 customers.

The RouteOne verdict was very positive…

“Safeguard Coaches has bought two Futura 2s to fulfil a variety of roles, and the vehicle’s versatility and formed a key part of the company’s decision-making process from the outset.

The company has chosen well, and appears to have two coaches which do exactly as required; driver Simon explains that his new coach is proving highly popular among passengers on longer distance hires – two of which have already taken it to France – while the 57 hard-wearing seats make the coach both suitable for school hires and for other jobs requiring high capacity, as and when needed.

From a passenger’s point of view, I think the Futura 2 was the right move. Groups love it – they like the space, aisle width, legroom and general comfort.”

We are very pleased with our purchases.

TAP HERE TO CALL US!
This site uses cookies to improve your experience. Read more